Trail cams can be a great tool for scouting – they can give you the confidence to hunt an area or a reason to move on. They're also very useful for learning about animal behavior.

Most modern cameras have a video mode that allows you to take short video clips instead of pictures – they'll often include audio as well. However, traditionally people have gone with photos because it can make it easier to identify game. This is due to the camera sensor and the image and video processing within the camera software. Image modes simply have more resolution and can handle exposure better than the video modes do.

Another reason people go with images is that some software and apps attempt to analyze images to determine what it is. They might flag the image as an image of a deer and identify it as buck or doe. Some can identify other animals like coyote or bobcat.

Why Video is Better

There are many advantages to using video. Number one is that video is just plain more exciting to look at. Would you rather pull a card and look through 500 pictures or 50 videos with sound? I think you know the answer to that.

Another reason is that video can tell you more about behavior. It's hard to determine rut behavior when you're looking at still images. Sometimes it's clear, and sometimes it's not. Video makes it easier. An example of this would having a picture of a buck with his head up. If you had a video of that sighting, what you might actually see is a buck come in with his head down chasing, stop, look up for a second, grunt, and put his head back down and move quickly out of frame. He could be chasing, and you could miss that in an image.

Direction of travel is another key bit of information that can be lost in an image. You might think that the way a deer is facing is the direction of travel, but it's not always that simple. You've seen how deer behave from a tree stand or blind – it's not often predictable based on the initial sighting.

Why Video is Even Better Now

So if video is better but has technical limitations, why should you use it? Well, because those technical limitations are going away. High quality video is available in most mid-tier trail cams now. Some of the higher-end cams even have 4k video. The quality is amazing, and it brings a lot of extra detail and a generally more exciting experience to pulling a card and checking it.

Another thing that some companies are doing is shooting video while also taking images. These are hybrid modes, and they work great too – you get the video, plus you get images to back it up.

How to Track It

There's still that big problem with video... how do you track the information you're getting from the video? The apps and tools don't work with video, so what do you do? Well, you could take screenshots or single frames from the video and upload those to the apps, but that's a lot of work.

The reality is the video itself is just a novelty, what you actually care about is what the video is telling you. What did you catch on cam? Which direction was it moving? What was the time and weather conditions when you saw it? Once you have that, the sighting itself is just a piece of data that builds a picture to determine behavior patterns.

You might have guessed it by now, but we're working on a tool to solve that problem. Here's a teaser showing what it can tell you once you start logging your camera sightings: 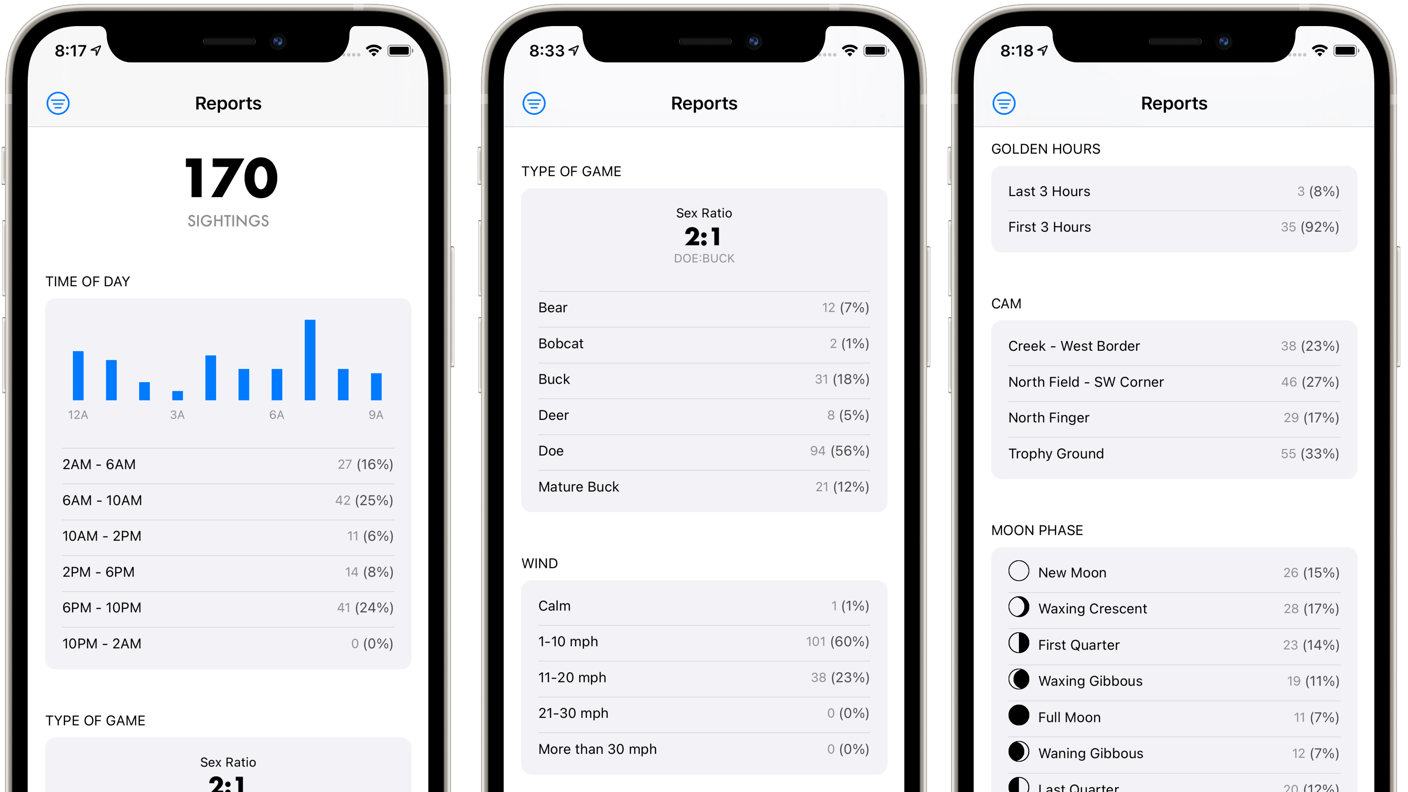 Video is great – it's more exciting, it can tell you more, and it's the quality is only getting better. That doesn't mean your images aren't valuable or that it might not be better for your budget to have five cheaper cams that do images, rather than a few cams that do good video.

Regardless of which makes sense for you, it's only as useful as you make it. And journaling your sightings is the best way to make use of it. We should have our app out soon, and it'll work with images or video. It's been working great for us so far, and we think it will work great for you.